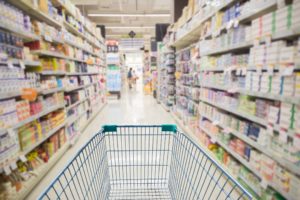 How many times have you ordered a salad without olive oil or dressed your greens WITH fat-free dressing thinking you were making the healthier choice? Do you opt for that low-fat yogurt instead of the full-fat version? For many years dietary fat has been considered the villain of all food groups. Just muttering the word butter or cheese for a recipe would automatically deem the meal “unhealthful.” The truth is the misconception that dietary fat is the ultimate evil is barely your fault!

In September 2016, the New York Times reported a shocking article explaining how the sugar industry shifted the blame of obesity and disease to fat. It all dates back to the 1950’s when early warnings emerged pointing to sugar in the form of sucrose (table sugar) as a major risk factor for coronary heart disease. Shortly after, the Sugar Research Foundation published an article signaling out saturated fat and cholesterol as the dietary causes of heart disease, while simultaneously downplaying the negative effects of sugar on heart health.

In simpler terms, the sugar industry paid scientists to shift the blame on widespread heart disease from sugar to fat.

This myth laid the foundation for the ongoing argument regarding the dangers of sugar and fat for the next sixty years. Quickly after the sugar industry’s literature review article came into the spotlight, the war against fat spread like wildfire. Supermarket aisles were flooded with fat-free products, restaurants began serving low-fat dishes and fat-free milk became a staple in every household across the country, birthing the “Snackwell’s era,” in which fat-free high sugar cookies were flying off the shelves.

Fast forward to the early 90’s when the Food Pyramid became the ultimate guide to a healthy lifestyle. This food guide only further demonized fat while focusing on the heavy consumption of breads, rice, pasta and cereals and severely limiting fats, oils and sweets. Unfortunately, the pyramid falsely conveyed the need for large amounts of carbohydrates and starches per day, in addition to grouping sweets and oils in the same category of “use sparingly,”  thus conveying they have the similar metabolic effects in the body.

Since avocados and olive oil were grouped with gummy bears and red velvet cupcakes for close to twenty years, it’s not a coincidence the American public was confused about what to eat.

In 2014 JAMA (Journal of the American Medical Association) reported a direct relationship between added sugar consumption and increased risk for cardiovascular disease mortality. The finding outlined how elevated blood glucose levels were a better predictor of potential heart disease than elevated cholesterol levels. In fact, research now shows that 82% of those who have a heart attack or stroke have underlying insulin resistance or carbohydrate sensitivity.

Many clients are not aware of this fraudulent information and continue to request veggies without oil, and lower fat versions of entrees.

“Fat is not the problem. If Americans could eliminate sugary beverages, potatoes, white bread, pasta, white rice and sugary snacks, we would wipe out almost all the problems we have with weight and diabetes and other metabolic diseases.”

It’s all about balance and matching your diet with your metabolic profile as one size does not fit all. So the next time you are ordering at a restaurant enjoy the olive oil on your veggies or salad guilt free. As a side benefit you’ll actually absorb the phytonutrients in those veggies as they were designed to be consumed WITH fat.

Linkedin
Nutrition Quandries Should you REALLY be watching your fruit intake?