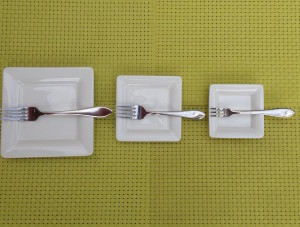 I didn’t think much about it till I started learning more about nutrition.

Was this slogan simply another dieting myth or an anecdote that gets passed on through generations?

As it turns out there is actually some truth behind this old adage by Adelle Davis. Studies show there are benefits to eating a large portion of your daily calories at breakfast as opposed to dinner.

Although the days of plowing fields or hours of manual work chores are somewhat past, our bodies have proved this way of eating is healthier than most understood. So what has changed throughout time?

In 2005, an ABC News poll revealed that roughly 40% of Americans routinely skip breakfast. In 2011, NPD, a national market research group found that 31 million Americans skip breakfast due to lack of time or appetite.

As a nutrition intern this year, I understand the struggle of rushing out of the house to beat the traffic madness to get to my rotations, sometimes 2 hours ahead. Fitting in a big breakfast has been more than challenging.

So is consuming a larger breakfast really worth the effort and how does it benefit your health?

The participants in the group who consumed a larger breakfast for 12 weeks:

Common sense tells us that we need most of our calories during the day when we are active and moving. Consuming a large meal before bed sets one up for storing fat versus metabolizing our food.

Although knowledge of breakfast being the most important meal of the day is common, most choose to ignore it, which may be contributing to the obesity epidemic in our country.

We eat breakfast like paupers, or no breakfast at all, and we dine like kings at dinner. Our schedules don’t allow us to have a hearty breakfast that will sustain us throughout the day. Is it possible to change the minds of those who down coffee with a carb option for breakfast?

How can we make breakfast the priority it deserves?

An additional 15 minutes for breakfast in the morning can increase weight loss, lower waist circumference and your risk of diabetes? You might resent the time but not the health benefits.

Changing your meal pattern can be more than challenging but maybe Grandma Josefina had more wisdom for me at age 9 than I realized. Maybe her intuition went beyond the slogan to help me know the field of study I was being prepared for – a world of food and health that incorporates research into past common sense.

Linkedin
Connecting Food and Health The Link between Food and Mood: 5 Nutrients to Consider