Breaking Free from White Rice: an exposition of an ABC growing up in a Chinese family 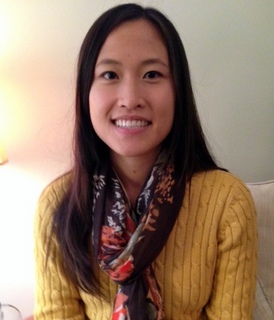 Twenty-five years ago, my mother left her life in China and immigrated to America for love. My father came to the United States after dating my mother for 7 years in China and then convinced her to follow him shortly thereafter, a huge decision for an Asian woman.

I was born two years later, which makes me an ABC: American-born Chinese.

So this is how my story unfolds, and what sparked my interest in studying nutrition. A love of food was instilled in me from my parents who brought not only their chopsticks in their luggage, but a set of Chinese food customs and preferences as a remembrance of their homeland.

I grew up speaking Chinese at home, celebrating Chinese New Years instead of Christmas, attending Chinese school on Saturday mornings instead of watching cartoons, eating with chopsticks instead of a fork, and having dim sum on Sundays rather than weekend brunch.

My mother was the start of my inspiration for healthy eating: as a child she explained the health benefits of the food served in our home since she thought of food as medicine. Each meal was nutrient-dense and had a purpose for our health.

A typical family dinner consisted of a broth-type soup, cooked leafy green vegetables, steamed fish, white rice, and stir-fried meats with other veggies cooked together to give more nutrients and flavor to each dish. A few hours after dinner, she typically served a colorful plate of love, consisting of cut-up fruit. As for beverages, we drank low-fat milk, and water.

Junk food was rarely in our home and soda was nonexistent. Although I was not excited about the lack of fun food in the house, I later realized I was better off and healthier for it.

White rice is an integral part of a Chinese meal with portion sizes substantially smaller than what is standard in the American diet. Since my mother has a family history of diabetes she relayed to me the importance of cutting down on rice intake, something she struggled with due to her heritage.

White rice to Asian cultures is like tortillas to Hispanics, pasta to Italians, and potatoes to the Irish –  something challenging to change.

Since diabetes is in my family genes I decided to transition from white to brown rice as a path to healthier eating. I was ambivalent for several years and struggled with making the change, even though I knew it was healthier.

A combination of watching a good friend cook brown rice in interesting ways in addition to going to a Motivational Interviewing workshop was the key to resolving my ambivalence.

My future includes taking the wholesome behaviors instilled in me by my mother’s cooking, the joy she brings to her food and the science of nutrition to be the best practitioner I can be. I want to prevent diabetes in myself and other people I encounter, even if that means leaving the white rice behind.

Linkedin
M3: MI, Macrobiotics and Maine Meeting People at Their Dreams: Changing the Dynamics of your Conversation