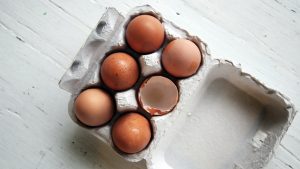 It’s interesting to me that researchers are now using sensational language to call out their studies to the public. The big study this week in Cell Metabolism linked eating too much protein to an early death.

In sorting through the exact details of the study this is what I gleamed:

This is an epidemiological study meaning they take data after the fact and try to show connections. This is different than a randomized placebo controlled study that directly shows an impact.

More importantly this “study” took 2 different studies and put them together. The first study was based on a computer asking an individual what they ate in the previous 24 hours. The second one was a rodent study conducted to attempt to verify the “findings” of the study.

I know when I ask a client to share with me what they ate over the previous 24 hours, it is at times challenging to remember, or even duplicate the exact amount. Independent reporting or recalling is known to be unreliable and can equal guessing on foods and/or amounts.

If you look further into the details there was no relationship between protein intake and all-cause mortality, cardiovascular or cancer related mortality. There was a small positive correlation between diabetes mortality, which may or may not make sense since diabetics have an increased risk of mortality in general.

The second study looked at how rats ate which may or may not be applied to humans.

My big questions, which were not answered, are:

“Protein is not, and never has been, an issue in American diets, and the data presented in this study do not convince me to think otherwise.”

In short, she also states, lifestyle choices beyond protein consumption could have played a role in the longevity of the people surveyed for the study and helped to determine whether they ended with cancer, diabetes or other afflictions.

The researchers even suggesting that eating protein is equal to smoking is pure sensationalism at its best.

Should you stop eating protein? Only if you want to be hungry all the time, lower your metabolism and increase your risk of diabetes from eating too many carbohydrates. It’s all in the balance and what is correct specifically for you.

The details of individual health, metabolism, and what is right for your body goes far beyond more than a 24 hour recall of what someone in a study ate.