3 Reasons to Change your Popcorn Snack: It’s Not Just about the Carbs

Susan Dopart Avoid This!, Clean Eating, GMO's, Great Idea!, Rethink This!, Wellness Blog, What can I Snack On? 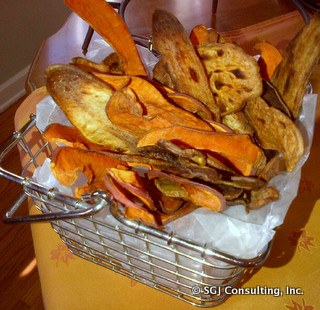 I’ll just say it – I’m not a big fan of popcorn. I never understood the taste of chomping on something so bland and the “additives” of what makes popcorn more interesting did not go in the direction of health.

We know popcorn is a high carbohydrate snack but there are a few other things about eating popcorn you may not be aware of.

Of course you can make your own at home on a stove with butter or coconut oil but here’s a better alternative that I made last week that is amazing and WORTH the bite:

Preheat oven to 400 degrees F. Slice yams as thinly as possible. Coast with a small amount of olive oil and place on parchment lined baking sheets in a single layer.

Bake for 20-25 minutes, flipping once half way through, until cooked to desired chewiness (which may be like jerky).

Salt to taste when you remove from the oven.