Choline: The Next Vitamin D? 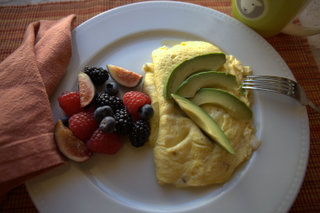 You may not have heard of choline. It’s role in the body in relatively new as it was first officially recognized by the Institute of Medicine as an essential nutrient in 1998 and it is only the last few years research articles have come across my desk regarding choline. Why is choline important?

Choline has a complex role in all the cells of the body. It is needed for messages sent between the nerves and muscles of the body, for making neurotransmitters (important in the brain), as well as having a role in forming one of the essential amino acids.

Since the cells of our body are made almost entirely of fats, their flexibilty and integrity rely on adequate supplies of choline. Flexible and healthy cells allow nutrients to get in and waste to get out which can influence every aspect of your body.

Finally, choline is thought to protect our livers from accumulating fat. It’s mind boggling that more attention has not been put on the importance of choline.

Choline seems to be important during major life stages such as pregnancy and menopause (both male and female). A few human studies showed those with diets high in choline have less inflammatory markers in the body.

What is Choline’s role in pregnancy? Choline is required for growth of the placenta in early pregnancy, for preventing preeclampsia (high blood pressure during pregnancy), neural tube defects, and low birth weights.

Researchers at Cornell University found that Choline supplementation in the third trimester was linked with lower levels of cortisol (the stress hormone) in utero which could set the tone for less risk of hypertension, diabetes, etc. for the baby’s entire life.

What foods are high in choline and what is the recommendation?

The recommended AI (adequate intake) is 550 mg/day for men and 425 mg/day for women.

The highest source of choline is eggs at 125 mg. (the whole egg since egg yolks have the highest concentration). Here are other foods high in choline:

Take home message:  Include high choline foods in your diet and if you question whether you are getting enough consider a small supplement of choline. This one is worth paying attention to and could be the next nutrient we did not know was so important – just like vitamin D.