Could Obesogens Be Causing your Weight Issues? 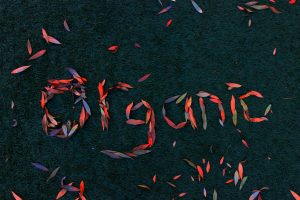 Last year Bruce Blumberg, a biologist at UC Irvine, coined the word “obesogens.” Obesogens are chemicals in our food or environment foreign to the body that are believed to inhibit normal fat metabolism and cause storage of excess fat. When fat metabolism is compromised it can leave you feeling hungry with low energy levels.

How does this happen? Obesogens are linked to causing the pancreas to produce more insulin, thus promoting fat storage without the increase of more calories or food.

Okay – so now there’s a new word so let’s break it down. What ARE obesogens? High fructose corn syrup (HFCS), Bisphenol A (BPA), pesticides and PVC (vinyl found in plastic wraps, air fresheners, shower curtains, and some fragrances) are just a few.

HFCS -the Stuff that’s NOT so Sweet

Let’s start with the most famous “high fructose corn syrup.” HFCS was developed as a cheaper way to sweeten foods since sugar is expensive. The Corn Refiner’s Association would have you think it is the same as sugar but the research shows otherwise. HFCS has a higher amount of fructose which tricks the hormone in the brain that makes you feel full called leptin. When you are eating large amounts of HFCS (not hard to do since it is the sweetener is most foods) your brain becomes deaf to leptin which leaves you wanting for more food. It’s virtually impossible to tame the sweet tooth with HFCS.

Bisphenol A or BPA is a plastic in some water bottles and plastic containers. Plastic wrap used in grocery stores is mostly PVC which leaches phthalates. Phthalates can lower testosterone which will increase your chance of storing more fat, especially belly or visceral fat. BPA can also lower testosterone and increase insulin resistance leading to type 2 or adult diabetes.

Even though organic foods are more expensive, they contain far less pesticides and hormone disruptors. It’s much better to consume small imperfect fruits and veggies than those beautiful conventional non-flavored ones. Your body will thank you later.

1. Avoid Foods Made with HFCS – this one is easy – just read labels or avoid foods with labels to ensure you are eating unprocessed whole real foods.

Avoid buying fatty foods like meats packaged in plastic wrap and if you use air fresheners or fragrances avoid buying those with vinyl products.

Choose the most important organic foods and what you can afford. Buying grass-fed meat and pastured poultry/eggs lowers intake of pre-loaded hormones in the meats.

We can’t blame all our weight issues on obesogens. However, years ago we never had to think about these issues. If the normal lifestyle factors of healthful eating, exercise, and sleep are not adding up to your success, obesogens may be one piece of the puzzle to consider. Now that’s a corner piece I’d like to find.

Linkedin
Diabetes Prevention: Love Carbs? 6 Steps To Avoid Diabetes Is your Mood Tied to your Diet?