Avoid the Common Cold With These 5 Easy Steps 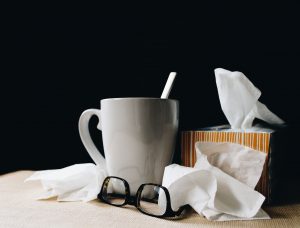 It’s the holiday time of year, but it is cold and flu season, too.

You want to enjoy the season to the fullest, so how do you avoid the inconvenience of having a cold and being down for the count? Here are some simple lifestyle steps that can help.

1. Take Vitamin D. Despite its name, vitamin D is really a hormone rather than a vitamin. We receive very little from our food, and since most people wear sunscreen outside, we are seeing an epidemic of vitamin D deficiency. Although normal levels are 30-100 ng/dl., the optimal levels to avoid not only the common cold, but more serious illnesses like cancer and diabetes, are above 50 ng/dl.

One study showed that taking 2,000 IU of vitamin D per day for one year virtually eliminated self-reported incidences of colds and flu. Some researchers are now referring to vitamin D as “the antibiotic vitamin” since it boosts protection in the white blood cells of antimicrobial compounds that defend the body against germs. Have your vitamin D levels measured by your health care professional and consider a supplement of at least 1,000 IU of D3 per day.

You may have heard about the recent report by the Institute of Medicine’s Food and Nutrition Board. That report did not address optimization of vitamin D levels (just its effect on bones). It is almost impossible to significantly raise your vitamin D levels when supplementing at only 400-600 IU/day. For optimal health, have your levels re-measured after taking supplements.

2. Move your body. David Neiman of Appalachian State University states, “Near daily exercise creates a cumulative effect on the immune system.” His recent study gave evidence that subjects exercising five days per week have almost half as many colds or sore throats than those not exercising. Exercise stimulates natural killer cells that protect against viruses. One more reason to get moving.

3. Get your sleep. Sheldon Cohen, Ph.D., and colleagues at Carnegie Mellon University studied how sleep habits can increase susceptibility to colds. They found people who slept less than seven hours a night were three times more likely to catch a cold than those who sleep eight hours or more per night. The researchers concluded that sleep disruption interferes with the immune system’s ability to regenerate itself.

4. Maintain a healthy diet – Have protein at each meal and avoid processed, starchy and high sugar foods. While protein helps make antibodies that play a role in immunity, sugar lowers the immune system and increases susceptibility to sickness.

5. Eat yogurt. Natural probiotics in yogurt have beneficial bacteria for a healthy gut. Since the gut is the largest organ in your body, maintaining healthy natural flora can protect against viruses.

When you consider what you might miss, incorporating these five practices, along with good hygiene (washing your hands often and keeping your hands off your face) seems well worth the investment of time and energy. After all, you want to find yourself being passed the hors d’oeuvres, not the box of tissues!