Lessons Learned From the Biggest Loser 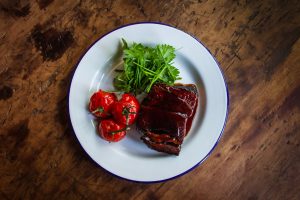 It is no surprise that NBC’s reality show The Biggest Loser has been such a huge success since its first broadcast in 2004. The lure and drama of quick weight loss is hard to resist.

Although I give the show credit for inspiring some people to start a weight loss program who otherwise wouldn’t, when it comes to lifestyle management, long-term health risks and keeping the weight off, this show is doing America a disservice by focusing on short-term gains rather than long-term success.

As dramatic as the before and after photos of contestants are, the “slow and steady” approach favored by the tortoise from the Aesop’s fable The Tortoise and the Hare, is really a better way to go.

Quick weight loss strategies — like very low calorie diets, eating primarily one type of food (e.g. Cabbage Soup Diet) or dehydration methods — put your body in panic or starvation mode. The body is resilient and can handle a certain amount of abuse. However, these methods are medically risky and can have long-term physical or psychological repercussions.

I often see this in my practice. Individuals will come to me after following these methods, only to be distraught that they are gaining weight at a rapid pace after the initial euphoria of dropping so much weight.

You can also see it when you look at the history of The Biggest Loser contestants. Many of them initially lost 50-150 lbs. only to go back to their regular lives without the help or encouragement of the show. As a result, a substantial percentage of their weight came back.

Last season’s Biggest Loser Michael Ventrella lost 50 percent of his body weight, going from 526 lbs to 264 lbs in only 18 weeks. This translates to a weight loss of approximately 14.55 pounds per week, or a deficit of 7,300 calories per day.

Although it’s easy to be wowed by this dramatic drop this kind of rapid weight loss carries considerable medical risk.

Edward P. Tyson, M.D., a Texas-based physician specializing in eating disorders states, “Michael would have had to run over 33 plus miles per day or the equivalent of other exercises in addition to being on a restrictive diet to lose that amount of weight in such a short period of time.”

Rapid weight loss involves muscle loss, and not just the kind on your biceps – it can mean the loss of muscle tissue from internal organs such as your heart and diaphragm.

Medical research has reported that rapid weight loss can result in:

Says Dr. Tyson, “I am worried that without the involvement of someone with considerable medical experience in dealing with severe eating disorders, these problems could be missed until too late. Some of them likely could not be avoided.”

I frequently tell my clients that it does not matter what you weigh today, but more importantly what you weigh a year from today. Focus on your overall health, stay on track to achieve your goals and the changes you want to see to your body will follow.

Be Your Own Reality Star

Lifestyle management involves carving out some time each day to plan your meals and exercise. It might involve:

1. Eliminating excuses like: “I’ll exercise when this project is over, when the kid’s schedules are more manageable, or when this crisis is done.”
2. Committing yourself to a healthier routine by working through the hard or mundane times. It is not necessary to have an elaborate exercise program or millions of people watching you on TV.
3. Eating fewer bites, moving your body each day and saying “no” to whatever gets in the way of your weight and health goals. Consider a workout buddy for accountability and motivation.
4. Working with your doctor or a registered dietitian to identify other changes you can make and to establish achievable goals and milestones.

Giving your body the dignity to lose weight at the pace it desires is the key.

The adrenaline of the reality show or the game serves to drive the momentum of weight loss. However, once the contestants are off camera, the adrenaline calms down. Since the metabolism has been compromised with a low-calorie diet and aspects of the relationship with food have not been fully addressed or healed, the ramifications of weight gain after leaving the show are inevitable.

Reasonable lifestyle changes allow your body to voluntarily lose weight and keep it off. When you make small changes by exercising and lowering your food intake by 10-20 percent, your metabolism is not compromised.

Your health is not a contest, and the most important person watching is you.

Linkedin
Airport Food Is it Healthier to be Vegetarian?