Understand Insulin Resistance so you can Avoid Diabetes 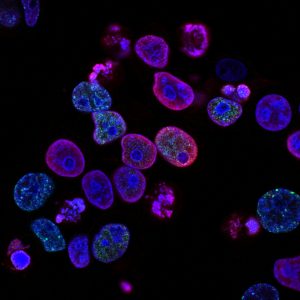 Insulin resistance is a term that came into being in the last decade. Gerald Reaven, M.D., a professor of medicine at Stanford University, was the first scientist to identify those individuals with a conglomerate of symptoms that he coined “metabolic syndrome” or “Syndrome X.”

Normally insulin, a hormone released from the pancreas, enables cells to remove glucose (sugar) from the blood stream to be used as energy. Approximately a third of the population inherits a resistance of their cells to respond properly to insulin. This results in higher circulating levels of blood glucose, which causes the pancreas to release ever-increasing amounts of insulin in an attempt to normalize blood glucose levels, which can eventually lead to diabetes.

Simply put, insulin is the key that unlocks the cell for sugar to get in, which in turn enables your body to use the food you consume. However, somewhere along the line, the key either gets stuck or has difficulty getting into the lock. Or, if it does get in, it cannot turn the lock, hence it was given the term “resistant.” If your body develops a resistance to insulin, you are not able to utilize the food you take in, which can increase your fatigue and cravings for ever-increasing amounts of carbohydrate, which compounds the problem.

This resistance sets up a cascade of reactions in the body which are not in your favor. It’s as if the sugar is outside the cell knocking to get in. When it cannot get in, your body keeps craving more carbohydrate. Sort of like when you eat one slice of bread – then you want the whole basket.

The pancreas, which produces your insulin, gets a signal from the body that sugar is sitting outside the cells begging to get in so the cells can feel fed. When the sugar cannot get in, the pancreas then releases more insulin. Why is this a problem? Well, increased amounts of insulin in the blood makes it easier for your body to store fat. To compound this problem, the extra sugar that is not stored as fat or used by the cells as energy goes directly to the liver. Increased levels of carbohydrate in the liver can lead to fatty liver, with the liver producing higher levels of cholesterol and triglycerides (a storage form of fat).

Insulin resistance is associated with a host of adverse health effects you’d rather avoid. This includes, but is not limited to, weight gain, high blood pressure, elevated cholesterol and triglycerides levels, diabetes, heart disease, and sleep apnea.

Factors contributing to insulin resistance are:

What scientists learned from their efforts is that the classic insulin resistant body belongs to someone who has thin arms and legs, and stores much of their fat in the abdominal region. This body type is also known as apple-shaped. If you have a different type of body, or store your weight in other areas (also called pear-shaped), you may still be insulin resistant, but to a lesser degree.

In the past, insulin resistance was only seen in adults. Now we are seeing children as young as seven-years old with insulin resistance. Research shows that the fastest growing population of new onset adult diabetes is in teens ages 11-17.

A Recipe for Life discusses insulin resistance in detail and outlines exactly how to balance your meals to calm this syndrome down and keep it at bay!