To Sweeten or Not to Sweeten? 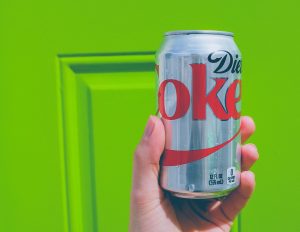 What about non-nutritive sweeteners?  There are now a variety of non-nutritive or fake sweeteners on the market, from Sweet and LowTM (saccharin), to NutraSweetTM (aspartame) to SplendaTM (sucralose). Although they are treated as substitutes, they all range from half as sweet as sugar to 8,000 times sweeter than sugar, with the average being 200-300 times sweeter than sugar.

Many diet programs and health-care professionals highly advocate the use of these sweeteners, and foods containing them, to decrease the amount of sugar and calories a person takes in.  What is interesting, however, is that the longer these sweeteners have been out, the more obese our nation has become.  When you are consuming alternative sweeteners, you are trying to fool your body, but it doesn’t work. It knows that what you are giving it is fake, so instead of being satisfied, it continues to give the signal that it wants to consume something sweet.

Sharon Fowler, MPH, and her colleagues at the University of Texas Health Science Center, San Antonio, collected data for eight years that was reported at the American Diabetes Association’s annual meeting in San Diego in 2005.  What they discovered was that people who drank diet soda did not lose weight, but gained weight.  “What didn’t surprise us was that total soft drink use was linked to overweight and obesity,” Fowler said.  “What was surprising was that when we looked at people only drinking diet soft drinks, their risk of obesity was even higher.  There was a 41 percent increase in risk of being overweight for every can or bottle of diet soft drink a person consumes each day.”

In 2008, a study was published in the Journal of Circulation, which followed the health status of 9,500 men and women, ages 45-64, over a period of nine years. The researchers found that the typical Western diet increased levels of metabolic syndrome (insulin resistance or carbohydrate sensitivity as described in the next section). The most surprising results of the study linked drinking a diet soda each day to a 34 percent increased risk for metabolic syndrome compared to those who drank none.

The rats that ate the feed and the saccharin-sweetened yogurt took in 20 percent more calories than the rats consuming regular feed and yogurt sweetened with sugar, and they gained body fat.  Researchers have theorized that taking in large amounts of non-nutritive sweeteners over time conditions the body not to associate sweetness with calories, which can then disrupt the body’s ability to assess caloric intake accurately and lead to overeating.

In countries where much of the food is fresh and there are less processed foods containing non-nutritive sweeteners, the multitude of low fat or “light” foods is miniscule. This may explain why the epidemic of obesity is less prevalent in countries outside the U.S.  These products create the illusion that one can eat more of them and not gain weight.  The body was made to process real foods that are fresh and whole, not manufactured processed foods.

Linkedin
The “No-Thank You” Serving What is the Truth about Activa?