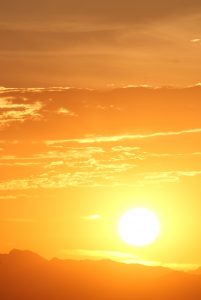 This fat-soluble “sunshine vitamin” has recently re-emerged as the wonder vitamin with numerous research studies coming out monthly on its health benefits.

Until very recently, it was thought that the RDA for Vitamin D (400 IU/day) was sufficient to prevent disease and to maintain bone health. We have recently seen an epidemic of vitamin D deficiency in this country, which is thought to be responsible for many autoimmune diseases such as rheumatoid arthritis and Multiple Sclerosis, cancers and even cardiovascular disease.

Benefits of vitamin D are more important than we all knew – lowering risk of heart disease, respiratory infections, dementia, and diabetes and helping with weight loss!

A great way to get your vitamin D, besides food, is exposure to daylight or sunshine three times per week for about 10-15 minutes, since your skin has the ability to manufacture it after being exposed to sunlight. Since many of us try to stay out of sun due to skin cancer, we are deficient in natural vitamin D. However, it is still important to wear your sunscreen.

Some researchers are now calling Vitamin D the antibiotic vitamin since it boosts protection in the white blood cells of antimicrobial compounds that defends the body against germs. Many physicians are recommending intakes of 1000-2000 IU of Vitamin D per day to help with already low tissue levels and increasing the tissue levels to help prevent disease.

Next time you visit your physician ask to have your Vitamin D levels checked to know if you are in need of supplementation – it could save you more than just a cold!